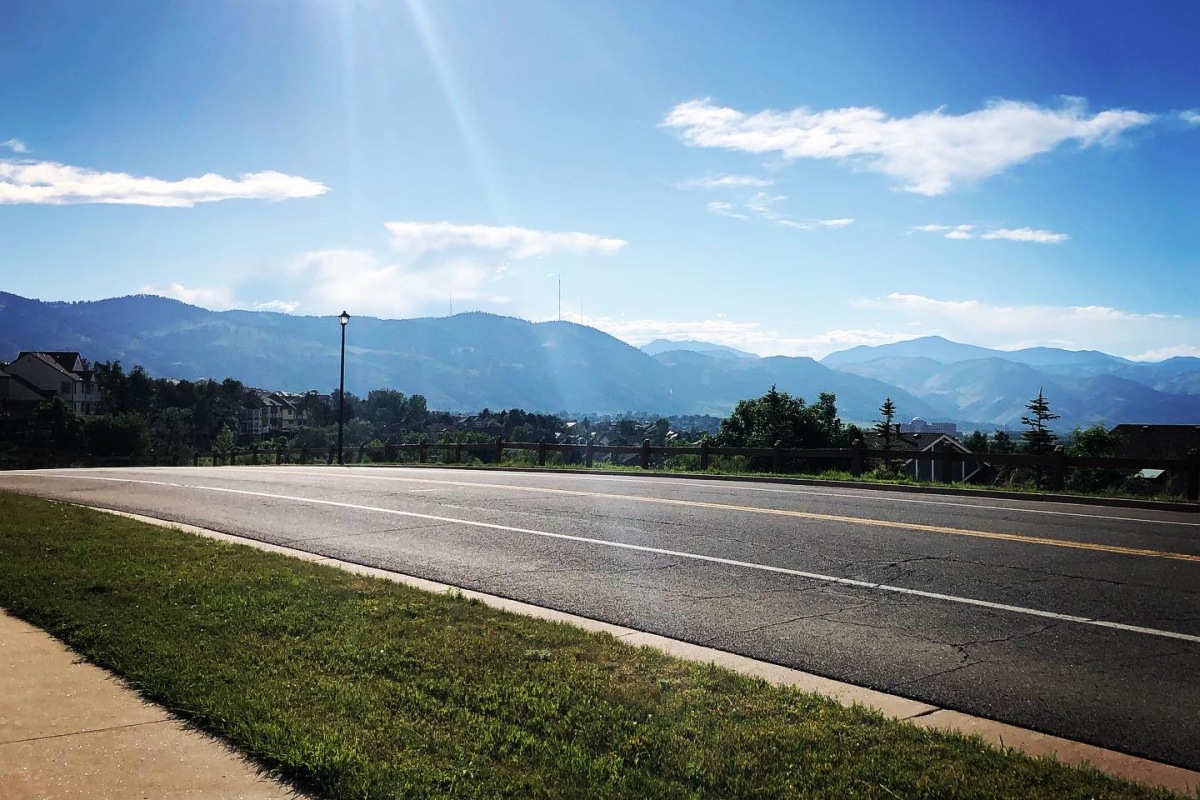 I’m in a bit of a funk and have been since February. To distill down the reasons would take time and effort I don’t have right now. This funky feeling of mine matters because it affects my writing life.

I’m still writing, but it’s not feeling like it did last year, when I found my writing voice. In 2020, I kicked my insecurities around worthiness to the curb on and just started writing. To my delight, I found this unreal sense of purpose unlike anything I’ve felt before.

Being an engineer, I’d thought I found my purpose in my career. I find immense satisfaction in using numbers, formulas, and drawings to build roads that take people where they want to go. I’ve found humanity in the science, technology, engineering, and mathematics (STEM) field through the relationships I’ve built with people who share this same passion. But then, I unexpectedly found my art, and I even wrote this post about it last fall.

But my funk is lingering, and I had a light bulb click on this week. In the process of finding my art, I also found my feelings. Which means I’ve had the distinct pleasure and utter despair of feeling all of them. It’s been a messy, un-pretty, sometimes nauseating process to feel feelings that’ve been all bottled up for two decades. I feel them spilling out every which ways and uncontrollably, like a sticky, stinky mess without a mop. Plus, naming feelings is one thing but dealing with them is another. The silver lining is the sheer FREEDOM that comes from dealing with feelings. They really do have a beginning, a middle, and an end (thank you, Burnout by Amelia Nagoski and Emily Nagoski).

At the time I awakened my feelings, I’d been going to therapy for months. After putting in the work by talking things out every two weeks and reading on my own (Codependency No More by Melody Beattie and Boundaries by Cloud & Townsend are my faves), it finally clicked. I’m allowed to feel my feelings. And, I’m free to express them, too. God bless you if this concept is foreign to you, and you’ve never had intense such struggles to feel your own feelings.

Back to the light bulb moment this week. I dug deep and suddenly began to define a distinct, core emotion for the last four seasons. So, I decided to walk through each feeling, one by one.

I should note that anger is typically my first emotion when I feel (react), so it didn’t feel prominent last year. It was certainly there more than I care to admit, but I was able to dismiss it more often and see what was underneath.

A Joyful Summer 2020: When people talk about finding themselves, this is as close as I came to that feeling last summer. Every day I woke up and thought, what’s next? I felt…

A Hopeful Fall 2020: While still full of bubbly new gems of self-discovery, I could tell that as the days cooled off and snow began to fall, my joy was still around, but muted. I felt…

A Fearful Winter 2021: My tidal wave of joy turned hope came to a slow, steady stop shortly after the holidays. I felt…

A Sad, Stressful Spring 2021: I made it through the uncertainties of winter, then another core emotion was lingering and ready: sadness. And from the stress of going from no project to a major project, the last few months have just been hard. I feel…

What a wonderful life it is, eh? I mean that sincerely. If I take myself up to 30,000 feet, how incredible is it to have these intricacies and complexities in just one human experience? I’m equally grateful and annoyed. Grateful to be in tune enough with myself to trust the process of feelings, but annoyed to finally face the unfairly labeled “negative” emotions. Better than late than never I suppose. Really, my true goal is to face them and bring back some creativity and inspiration.

But truth be told, I have to believe that all of the above isn’t just me being down in the dumps and broody for no reason.

Colorado has had an 8 month winter. Our first snow came last September, and our (hopefully) last snow came this week in May. Indirectly, my seasons of emotions tells me I’m a sunshine girl through and through. Strange, since I live in the 300-days-of-sunshine-a-year state, and it’s felt nonexistent through these cold snaps. The sun makes me feel light and bright and full of allll the good things. I honestly think I was able to finish this post because the sun came out today, swelled my heart twice its size, and kept shining until I could sit down to write this after 6pm on a weeknight.

If you made it this far, thank you. This whole exercise has been as therapeutic as I’d hoped, though I could’ve just journaled all this out rather than blogging. But the reason I share my writing is always the same: what if someone feels seen, understood, or known because of one sentence, one paragraph, one story of mine? What if my mess helped them escape their own momentarily? What if it helped in some way I’ll never know? A single answer to even one of those “what if”s is worth it.

I’ve deeply felt my core emotions for a sustained amount of time, from the fun ones to the painful ones, and I’m still alive and functioning… and sharing it publicly. And now it’s making new room for all I have to be ridiculously grateful for. This whole feelings business will come around again, but my Type A self is so happy to be more prepared for it.

Here’s to our feelings, whatever they are and whenever they come. 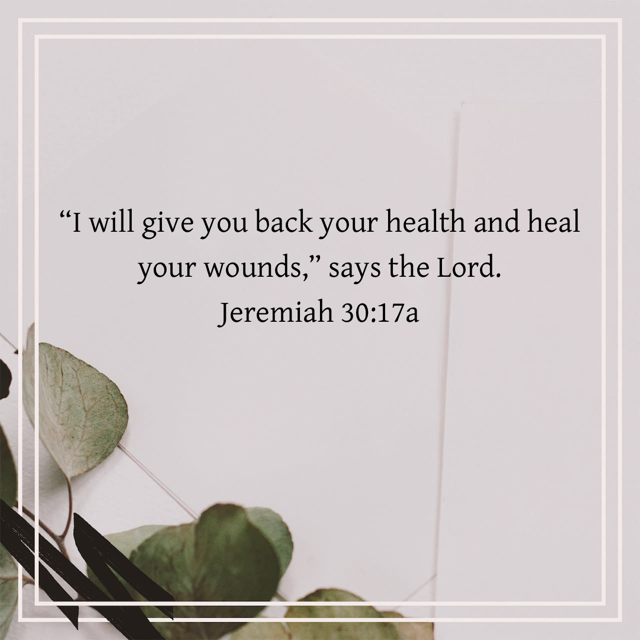 I wasn’t planning to have a “word” this year. I only learned of the practice a few years ago, and I’ve picked maybe one or two annual words since then. It’s typically hard for me to land on just one thing. I don’t want to be disappointed if this one thing, one thought, one feeling doesn’t come through for me. Also, my FOMO kicks in and says, but don’t forget about X, Y, and Z.

Anyway. I just got a couple’s pedicure with my husband, and “heal” came to mind. I loved the symbolism. Heel on feet reminds me of self-care that’s been a large part of my healing, even if I sometimes question if I’m doing it “right”. Heal: something I’ve been trying to do for over a decade now to actually feel closure from past traumas. As I pondered “heal” in the quiet of the spa room, with music gently playing and essential oils lightly diffusing, it resonated deeply.

Trigger warning: I want to heal from childhood traumas that play out internally for me on a daily basis. My dad was an abusive alcoholic who moved away when I was 13 and passed away in a car accident when I was 16.

To shift gears to a less triggering place, I know that everyone has traumas. The more I see my own trauma without judgment, the more I can face it. Some form of childhood trauma affects all of us: not getting picked for a team, the humanity of parents, falling down when we’re sure we can stand up, etc.

I’ve seen 3 therapists since college. One smiled and nodded after I shared my story, then handed me a pamphlet that said, “What it means to grow up in a dysfunctional family.” I experienced a mini trauma from this because no one in my family had used those words before. But deep in the recesses of my mind, it slowly awoke a new awareness.

I described this experience a few years later to the next therapist, and to my relief, she said, “well, that probably felt awkward.” She explained that what he probably meant was that I was an Adult Child of an Alcoholic (ACOA). She gave me a beautiful quote by Nelson Mandela about being a gift from God. But I still wasn’t ready to fully dive in. After four sessions, I stopped going. I learned more about ACOA, buying several books but finishing few.

I’ve seen my current therapist for over a year. But it took me 8 years to try again. And I’ve done a LOT of work. I’ve learned all about codependency, boundaries, ACOA, feelings, and more. I feel more informed and emotionally stable. But certain memories still haunt me. Certain sounds still trigger me. So, I’m starting EMDR (just Google it). After all the self-work and introspection, trying to rewire my brain to get to my heart feels like the next step.

I believe in God, and He promises healing to those who believe and seek. “‘But I will restore you to health and heal your wounds,’ declares the LORD.” – Jeremiah 30:17. I believe in the power of these words. Feeling them is hard. And I know that His promises look very different in real time vs. hindsight.

After all my efforts over the years, I just want to feel peace. I know there is no way to “perfectly” heal, much to my recovering perfectionist’s disapproval. Maybe peace is really my word. But right now, heal is the only way I feel I can get there.

I picked this word on Sunday. After our nation’s utterly tragic, historic events this week, I can’t think of a better time to focus on healing.

A podcast about work.

Writing about experiences of women and girls in the North American West.

My Experience Living and Growing Up Deaf

Read about stuff you honestly don't care about !

exploring life and love with pictures and words